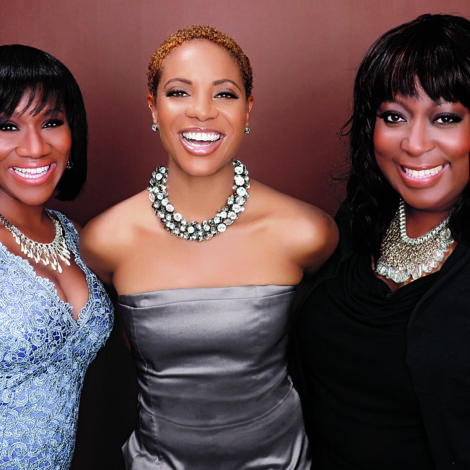 Loni Love is a multimedia personality and comedienne that co-host both a national hit television show The REAL and nationally syndicated radio show Café Mocha heard in over 30 markets around the country.

An engineer by trade for the automotive industry in Detroit, Loni abandoned her years of college and training for the fast-track to stardom as she pursued her life-long dream to become a comedienne.

Angelique is a veteran broadcaster and the producer of the Café Mocha Radio Show. A former host of Black Entertainment Television’s “Screen Scene” and the voice of the long-running series “Comic View,” Angelique is no stranger to radio as she served as a talent and producer on The Beat and Power 106 in Los Angeles. From planning to perfect execution to ensure Café Mocha is on-target and Arbitron PPM friendly, Angelique is the powerful producer behind Café Mocha’s success!

Perrin serves as the third proverbial voice of reason joining Lyte and Love to round out this unique radio experience.

YoYo is a Grammy-nominated rapper and actress best known for classic rap hits like “Can’t Play With My Yo-Yo,” “The Bonnie & Clyde Theme” with Cube and “I Wanna Be Down” with Brandy, Queen Latifah and MC Lyte.

With more than 25 years in the music business, Yo-Yo’s professional journey was recently featured on TV One’s marquee franchise, “Unsung.” The Compton, Calif.-native—who has consistently toured throughout the years—performed earlier this year at the Trump Awards in Atlanta as part of a tribute to hip-hop trailblazers Salt-N-Pepa.

A feminist and community crusader, YoYo is working to empower young people with her youth program, YoYo’s School of Hip-Hop. Yo-Yo’s program operates in both Los Angeles, Calif. and Highland Park, Mich., where her husband, DeAndre Windom, is the mayor. The mission is to help educate youths within the community about dance, music, and learning how to compose and perform powerful messages in rap music.