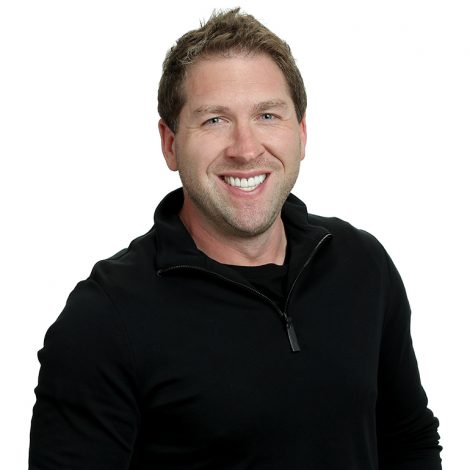 Joe was born in Chicago, IL and raised on the talk radio and comedy that the city cultivates. He briefly studied writing and improv at The Second City, but found a true passion hosting a widely praised* radio show at the Illinois Institute of Technology (an institution he did not attend – not even briefly).

Following an internship at WRIF on The Drew & Mike Show, he was brought on as the Executive Producer of The Free Beer & Hot Wings Show. This was the position he held from 2005 – 2015. In 2016 he moved into the role of host, alongside Free Beer and Hot Wings.

While he is happily known for his knowledge of pop culture, sarcastic humor, and spontaneous wit, he holds disdain for those who choose to celebrate his downsides – of which there are many. That being said, he accepts the onus of his position as senseless, stubborn over-eater and cultivates these impressions for the sake of humor and not because these traits are an actual representation of him.

Joe is an avid rock climber, hiker and cyclist. He spends his free time traveling. So far, he has been to Wisconsin and Idaho. His writing has been featured in various publications as well as on the show. Also, his laugh is described as loathsome, infectious and that of a small girl.