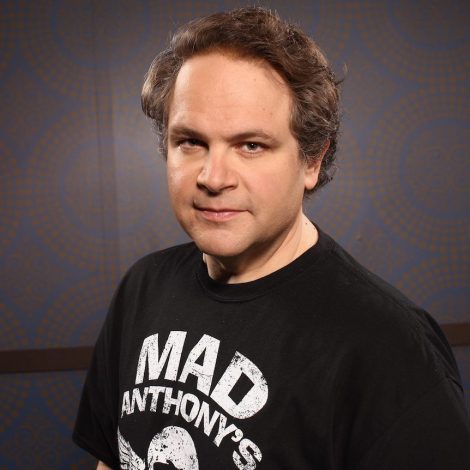 Eddie Trunk is a 34 year music industry veteran who has built a reputation for being one of the most respected personalities in the world of Rock, Hard Rock and Heavy Metal. Eddie has spent time as a record executive and has also worked in artist management, but has really found his calling as a broadcaster, host and interviewer on radio and TV.

Eddie began his broadcasting career in 1983, after convincing the execs at his favorite local radio station, WDHA in NJ, to allow him to produce a hard rock/heavy metal specialty show – one of the first of it’s kind. That show continues to this day under the banner of Eddie Trunk Rocks (also labeled Friday Night Rocks in NYC) . “Eddie Trunk Rocks” originates out of New York City, the number one radio market, on Q104.3 and is syndicated nationally by Compass Media Networks and heard on more than 35, stations including other top 10 markets such as WAAF in Boston. The 3 hour weekly show includes new and classic hard rock music hand picked by Eddie as well as news making artist interviews and more. It is also available on various streams free.

Eddie also hosts Eddie Trunk Live, a weekly live music, talk & interview show every Monday night (6 – 10p ET/ 3-7 Pacific) on SiriusXM satellite radio channel 39 (Hair Nation), which is branded “Trunk Nation” during his program. The show has become appointment listening throughout America and Canada due to its in depth interviews, commentary and wide ranging guests and audience calls. It is one of satellite radios few live interactive shows on a music channel and features Eddie’s brand of “music and talk that rocks”.

In 2002 Eddie took the leap into television after being hired as a host on VH1’s sister station, VH1 Classic, where Eddie was regularly seen hosting the interview series Hanging With, as well as appearing on many of the station’s other segments and specials. From 2008-2015 he was host and co-producer of the hit series That Metal Show, the longest running program in the station’s history. That Metal Show is seen around the world and is a favorite destination for many Rock/Heavy Metal fans and artists. Over more than 120 episodes the show features the biggest names in all genres of rock music. VH1 Classic was terminated as a channel in August of 2016.

Eddie is armed with a true passion for the music he so feverishly champions. A true scholar of the genre, his encyclopedic knowledge of both it’s history and it’s current events has led him to be widely regarded as one of it’s foremost authorities by fans and artists alike. Consequently, it made perfect sense that Eddie would eventually turn his attention to writing. In 2010, Eddie added “author” to his list of media credits and released his first book “Eddie Trunk’s Essential Hard Rock & Heavy Metal.” The book was very well received by critics and fans alike. In 2013 the sequel, “Eddie Trunk’s Essential Hard Rock & Heavy Metal Vol. 2,” was released to equally strong sales and response. Both books were released by Abrams Publishing.

In 2014 after many requests Eddie added a weekly podcast to his outlets. “The Eddie Trunk Podcast” is produced by the worlds leading podcast company PodcastOne (www.podcastone.com) and new episodes post every Thursday on their website as well as Itunes free worldwide. The podcast is typically top 15 on Itunes every week and features Eddie’s commentary and a wide range of guests.

In 2016 Eddie was named host of the AXS TV series Real To Reel, which spotlights music documentaries of all genres.