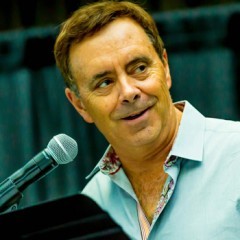 Joe Johnson is the host and creator of Beatle Brunch, which began airing in 1992. Joe has been featured on CNN, NBC’s Today Show and is the host of several themed rock cruises and Beatles-related events throughout the year.

Joe has spent his broadcast career live on the air in Miami. He is also an award-winning producer and voice-over artist who operates a full Pro Tools © studio out of his home in Ft. Lauderdale, FL.