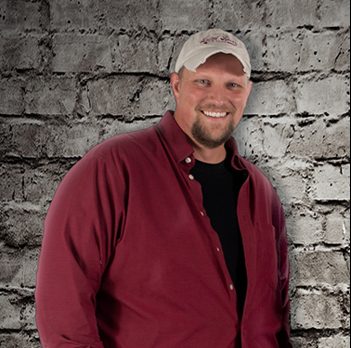 Started in radio when Big D was 14 years old at a 1000-watt Christian radio station in Cookeville, Tenn. By the age of 17,  hosted his first talk show, which led to his morning gig on an oldies station in the same city.

First country radio experience was he was 19 in Billings, Montana, where he fell in love with the country lifestyle.

Met his wife Kathy in Billings.  Big D and Kathy have two sons, Zak and Gunner.

Something that you may be surprised to learn; In high school  he was an Exchange Student, and spent time in Russia…before the wall fell….when it was still Communist! Talk about crazy! Seeing that, and the way that the poor people of Russia lived and suffered under that regime really helps solidify his love for the Good ‘Ol USA.

A private airplane pilot, and a big aviation buff, you can usually find him tinkering around the hangar messing with the plane when he’s not on the radio.