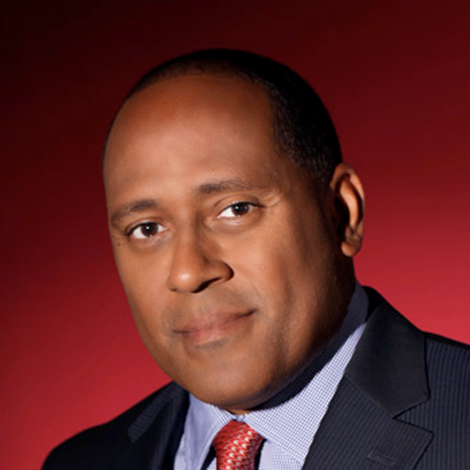 He is a radio broadcaster best known for hosting the top-rated program The Frank Ski Show for the past three decades. The up-tempo lifestyle program is designed to entertain, inspire, and inform every day. Atlanta’s KISS 104.1 and V-103, Washington, DC’s WHUR, and Baltimore’s V103 and 92Q have all placed their trust in him, where they experienced record-breaking Arbitron ratings during his broadcast time.

Recently chosen by the leading radio industry’s Digital and Radio Facts publication as one of the Top 10 Best Black Radio DJs, Ski is a proven leader and trusted voice in Atlanta’s African American community.

Ski is signed to a global publishing deal with Sony/ATV Music Publishing. He is known for his impressive hip-hop, rap, gospel, and Baltimore club music catalog, which over the years has greatly influenced some of hip-hop’s most memorable singles. One of his most popular songs was recently sampled in the No. 1 Billboard Hot 100 single “WAP” by Cardi B and Megan Thee Stallion, which won an American Music Award for Favorite Song Rap/Hip-Hop. His song was also sampled in the 2018 hit “In This House” by Lil Wayne and Gucci Mane.

Throughout his music career, Frank Ski has written and produced numerous beloved singles, including “Doo Doo Brown,” Hezekiah Walker’s song “99 ½,” which won a Gospel Stellar Award, and the famous dance song, double-platinum selling, by Atlanta rapper V.I.C. entitled “Wobble.” Ski has also brought his musical talent to television and film with contributions to soundtracks for The Players Club, Ax’ Em, HBO’s The Corner, and The Wire.

Frank Ski’s career has evolved from a disc jockey and recording artist to radio, film, and TV personality, motivational speaker, journalist, producer, as well as a philanthropist working to help children and, most importantly, a devoted father.

When not on-air or in front of the camera, philanthropy is Frank Ski’s passion. He is well-known in Atlanta, Baltimore, and Washington DC as a visionary who looks beyond merely handing over money to children’s programs but works to develop children as intellectual, creative, confident young people. His history of helping people in need is long and impressive. He finds responsibility in his celebrity to reach out, and in his words, “foster a global sense of involvement.”

Ski has not only been able to entertain and inform listeners on his weekly radio show, but he has also opened up many doors for his audience. Ski has served as host and spokesperson for many charitable and educational initiatives, including the International Civil Rights Walk of Fame. After the tragedy of Hurricane Katrina, he spearheaded an effort to raise hundreds of thousands of dollars for displaced families. Frank Ski raised nearly a half-million dollars for Hosea Williams Feed the Hungry and Homeless and Metro Atlanta Respite & Development Services. This non-profit agency assists children with special needs. He has also been involved with Rainbow Push Coalition, Hands on Atlanta, Leadership Atlanta, The T.J. Martell Foundation, and The Latin American Association.

Ski founded the Frank Ski Kids Foundation to provide financial assistance to low-income youth applicants and youth-serving agencies to expand educational, athletic, and cultural learning opportunities. Since its inception, The Frank Ski Kids Foundation has provided once-in-a-lifetime experiences for children, including all expenses paid excursions to Rome and Florence Italy, The Amazon and to Ecuador to explore The Galapagos Islands and the Charles Darwin Research Station, as well as annual events such as the Youth Bowl and Kids Week. Hundreds of Atlanta’s youth benefit from the positive opportunities the foundation provides each year. As a result, The Frank Ski Kids Foundation has received numerous awards and honors, including Black Enterprise Magazine’s National Community Champion Award.

While philanthropy is his life’s passion, Frank takes time to enjoy some healthy indulgences as well. His interests include SCUBA diving, deep-sea fishing, international travel, and wine collecting. Always one to promote giving back to his community, Frank emphasizes philanthropic work with his family and teaches them about his community’s responsibility. Leaving each place a little better than he found it, Frank Ski’s influence continues to grow not just in the communities where his voice is heard but also around the world.