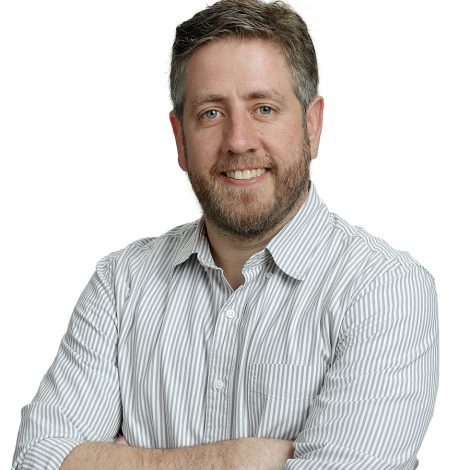 Steve was born and raised in Jersey, which many people are surprised to hear is referred to as “The Garden State.” He attended Monmouth University and after realizing that he had no desire to take Microeconomics, he figured he’d be a Radio major and work for the college radio station, WMCX. Some highlights include interviewing awful bands, saying the F-word on the air a few times and excelling at mediocre radio. This led to a job working for a number of years at 105.7 The Hawk, which is where his paths crossed with the Free Beer and Hot Wings show. Initially a board op, Steve eventually worked his way up to the position of Assistant Program Director of the station. He then worked for the NHL in New York City for a year. And now he’s here.

Steve is married to his wife Annette, who he met on stage while playing “The Dating Game” at a Live at Night show in 2014. He considers himself to be “literally the worst game show prize ever.”