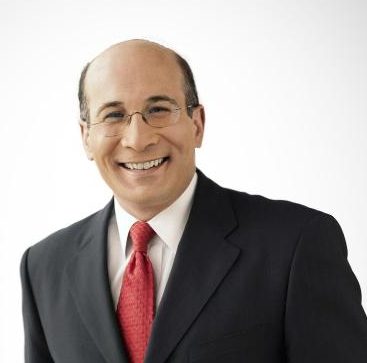 Ron Insana, Senior Analyst & Commentator, CNBC, covers the most pressing economic and market issues of the day. He also delivers The Market ScoreBoard Report to radio stations around the country.

For nearly three decades, Insana has been a highly respected business journalist and money manager, who began his career at the Financial News Network in 1984 and joined CNBC when FNN and CNBC merged in 1991.

Insana is well-known for his high-profile interviews, which included Presidents Clinton and Bush; billionaire investors Warren Buffett, George Soros and Julian Robertson, among others: captains of industry from Bill Gates to Jack Welch and to the late Steve Jobs, top economists, analysts and global heads of state, from Former Soviet leader, Mikhail Gorbachev, to Jordan’s current Queen, Rania.

Insana was named one of the “Top 100 Business News Journalists of the 20th Century” and was nominated for a news and documentary Emmy for his role in NBC’s coverage of 9/11.

He has authored four books on Wall Street and is a highly regarded lecturer on domestic and global economics, financial markets and economic policy issues. Insana graduated with honors from California State University at Northridge.