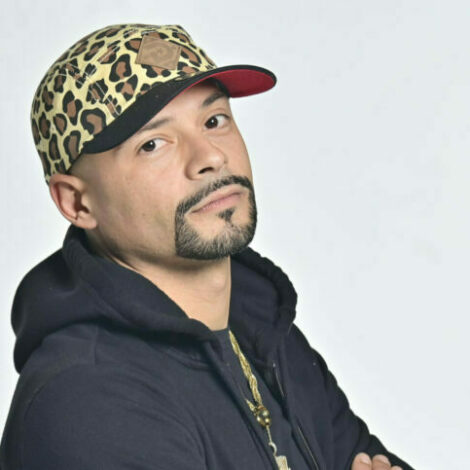 J-Kruz, radio and TV personality, joined DeDe in the Morning radio show in January 2022, bringing his unique passion and points of view on music, culture, gaming, and lifestyle trends to the show.

Born in New York City, Kruz’s radio career started in Pittsburgh on WAMO where he was the #1 Rated Night Show host for four years before joining 97.9 The Beat in Dallas for nights. From 2011 to 2017, he also appeared on CW33 TV in Dallas on The Morning Eye Opener.

In 2017, he was elevated to morning co-host of the Veda Loca in the Morning show highlighting his own feature titled Kruz News. The morning show was broadcast live on the CW33 TV station in Dallas.

J-Kruz has also served as a guest anchor on CW33 TV news programs and hosted various segments including Entertainment News with J-Kruz on CW33’s morning programs The Morning Dose and The Morning After. His new The Watch Party with J-Kruz launches in May 2022 on CW 33. If it’s hot on TV and in movies or hot on the block, he will be talking about it.

J-Kruz is very involved in the DFW community. Since 2019 he has been the main host of the CW Broadcasts of the Dallas Maverick’s St. Patrick’s Day Parade and the City of Dallas Holiday Parade. His Kruz Kidz initiative brings him to local school career days, games, and pep rallies. He is well known in the Dallas community for his participation in charity events representing the interests of Black and Brown communities. For six years, J-Kruz has been the host of the Kick101 sneaker and streetwear event.

He is the host of the #WeKruzin Podcast on Spotify where J-Kruz and friends talk about the storylines, surprises, and multi-verses of your favorite Marvel and DC Superheroes. Known for his good looks, swag, and fly fashion sense, brands want to connect with J-Kruz to be part of his popular #KrispyKruz TikTok videos where he flips fashion looks with multiple outfit changes.

When not on the radio, TV, TikTok, or at a community event, he is the assistant coach for his son’s 7-8-year-old flag football team.

DeDe In the Morning