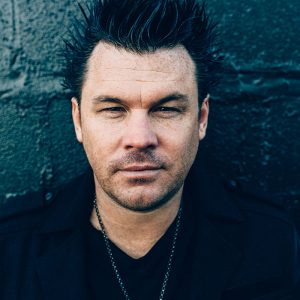 RCA Nashville recording artist Dee Jay Silver, host of The Country Club with Dee Jay Silver, has been a top touring DJ/remixer/producer for the past 15 years, having played in premier venues in virtually every major market in the U.S., Mexico, and Canada. The groundbreaking open-format DJ/performer has thrilled millions with his unique ability to blend all types of music from hip hop and rock to house and country for crowds of all sizes as well as on mash-ups and remixes. Silver has been traveling the world playing every kind of event and venue from the largest nightclubs, high-profile celebrity parties and exclusive private events to massive sporting events, award shows, major music festivals and arena tours and all that’s in between.​

Silver began DJing while attending college in Arkansas and later moved to Springfield, MO where, while working as a doorman for a club, his interest peaked and he began opening up the dance floor until the headlining DJ would come on. “One gig turned into the next,” he shares of his early beginnings. “Back in the day, you didn’t have computers, YouTube, or schools to learn how to DJ. If you were going to DJ, you had to learn from another DJ. They’d say, ‘I’ll take you under my wing, but this is what you’re going to do.’ Basically, you’re going to be my whipping boy for a couple of years [laughs].”​

His sound has organically evolved throughout his career. “Being up in the Midwest, we looked up to guys like Bad Boy Bill, Alex Peace, Richard Humpty Vission, DJ Irene, and all of those cats in the Chicago area. I’d buy anything they put out. That was where it started for me. It was the hard house from Chicago. Back then, I was playing more hip-hop, house music and rock. Then, it progressed.​

“Growing up in Texas, country music was all I ever heard. I was very versed in country music, so I’ve always mixed it in. I’m so happy to see that ‘Country Remix’ is actually a genre now. Music and DJing to me are about being creative and relating to your crowd. No matter what song it is, people will dance if it’s presented right. If they’re familiar with a song, that’s what makes them more comfortable to have a better time.”

In 2013, Silver signed a recording contract with RCA Nashville, becoming the first DJ to be signed to a major Nashville label. His 2013 EP, Country Club, features creative and rhythmic country mash-ups of some of the format’s most popular and beloved artists, including Alabama, Dolly Parton, Carrie Underwood, Jake Owen, and Love and Theft.​

In April of 2014, Silver launched a nationally syndicated weekly radio show called “The Country Club with Dee Jay Silver” via the Sun Broadcast Group. Each week, the show features up-tempo mixes and mash-ups of hits from country’s biggest stars and newcomers, with an infusion of unique rhythms as well as tracks from other genres. Over 70 markets, including some of the leading country radio stations across America, air the show every Friday and Saturday nights.​

Silver has shared the stage with some of biggest artists in the world. Beyond touring extensively with Jason Aldean (including Aldean’s Burn It Down Tour, We Were Here Tour and current Six String Circus Tour also featuring Thomas Rhett and A Thousand Horses), the non-stop DJ has performed alongside Brad Paisley, Luke Bryan, Rascal Flatts, Eric Church, Cole Swindell, Tyler Farr, Thomas Rhett, Kip Moore, and many more. He’s appeared at many major music festivals, including the CMA Music Festival, Rock The South, Faster Horses, FarmBorough, Watershed, Route 91 Harvest, and more, in addition to spinning at football games for the Tennessee Titans, Dallas Cowboys and University of Kentucky’s Wildcats, events for the Super Bowl, NASCAR races, National Finals Rodeo, and was the first DJ to ever play the Academy of Country Music Awards (ACMs) as well as the American Country Awards (ACAs). In 2016, Silver will add the MLB All-Star Game as well as Fenway Park (alongside Jason Aldean and Kid Rock) to the impressive list of venues he’s performed at.​

When not on tour or at one of his many appearances, the current Nashville resident is also hosting three residencies in Las Vegas this year: at the Foundation Room at Mandalay Bay, LAX Nightclub inside the Luxor Hotel & Casino and the Rehab Beach Club at the Hard Rock Hotel & Casino, following a successful 2015 poolside run.​

Odds are the in-demand producer will be at an arena, amphitheater, stadium, club, pool or festival near you.